Using the Consensus Workshop Method in a Political Environment 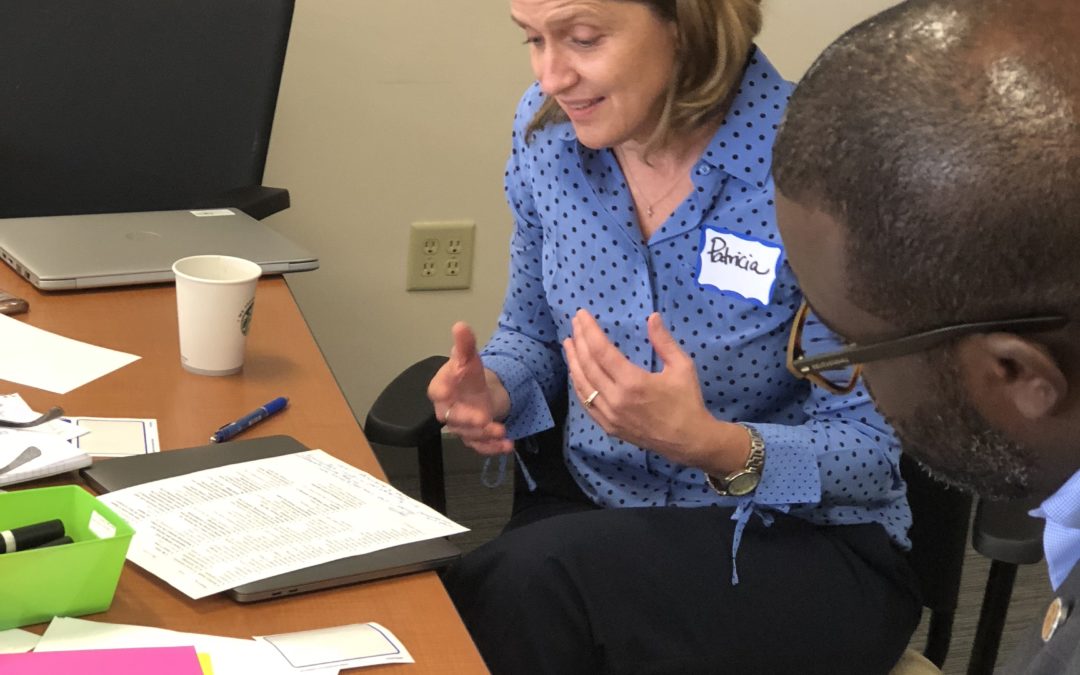 On September 10th, 2018, Dr. Richard Fursman, Co-Founder of HueLife, presented a case study at the ToP community of practice event, on “Using the consensus workshop method in a political environment”. This case study is based on a city that will remain anonymous

Issue Presented: HueLife was hired to facilitate a city council retreat to help bring an extraneous list of 30-35 priorities down to 3-4 priorities. Many cities and organizations face this same struggle. In the case, however, the issue of prioritizing was being threatened by dysfunctional behavior between city council members and pushing of political agendas. This resulted in staff being pushed/pulled in too many directions causing delays and inefficiencies. The intervention priority for Huelife was to address the root cause of dysfunction between council members and help them find a path forward for a healthier working environment.  Once an environment suitable for debate and decision-making was established, priorities could be set with input from staff.

Approach: HueLife consultants conducted one-one interviews with staff and council as to the current state of the city; What they were already doing well, not so well and where they wanted to see the city go in the future. HueLife presented the results to the council which revealed the harm the dysfunction was having on the staff and community. All of the elected officials thought they were trying their best to move the City forward. They appeared to have the best interests of the citizens in mind but were unaware of how their behavior had become so “toxic.” The focused discussion on the data (mirror effect) led to a commitment to create a high performing council.

The consensus workshop method was used to answer, What would a high performing council look like? The 45-minute session produced the following commitments:

The Power of Resolve: At the end of the consensus workshop,  the council reflected on the statements they were committed to uphold. There was unanimous agreement that the “linchpin” of a high performing council was having an elected body that treats each member openly, honestly and as equals; and which respects the final vote. When asked what might block the council from living up to this new ‘ideal’,  a council member was called out for purposefully going behind the backs of others and sabotaging the rest of the council. This member admitted to the actions and apologized to the council. Other grievances were aired between members in a collegial manner (relative to past exchanges), resulting in new commitments to communicate better and openly.  After the discussion, a weight was lifted from the room and tension was reduced. The council felt there was an opportunity to move on to the business of the City in an open, honest, and respectful manner.

In conclusion: It is common for facilitators to face hidden or unspoken issues in organizations that need attention before the ‘work’ can begin.  Placing a mirror in front of the leaders without judgment or analysis proved to be highly effective. The leadership was guided through their own evaluation of data and self-reflection. The self-awareness opened the opportunity for the consensus workshop to have an impact.

This website is currently being updated for ADA section WCAG 2.0AA compliance